This year I decided to participate in Jeff’s Birthday Challenge, a week long virtual event that NoCal ultra runner Jeff Fleming decided to put up for the week of his 49th birthday.

At someone’s random semi-recommendation, I decided instead of cake on Sunday I would eat donuts from Firecakes right after every run I could.

I decided I would run 49 miles for the week of the Challenge.

And while this admittedly came to me a day or two into the Challenge, I decided I would do a run that somehow hit all of the other numbers. 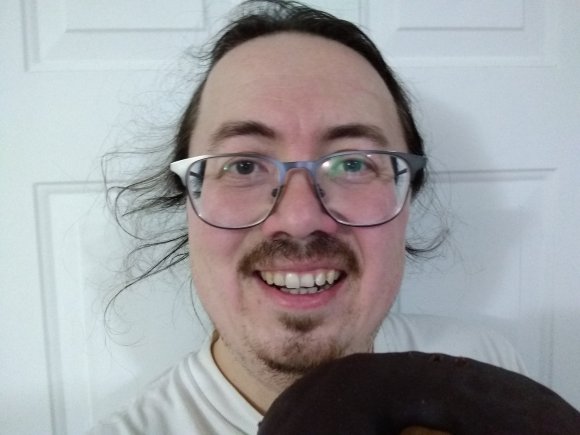 Monday: 5.86 miles: 2.56 mile run to go and get the donuts after work. After the donuts were safely delivered at home, another 3.30 mile run in the neighborhood.

Tuesday: 5.23 mile haul run home from work, with my backpack on.

Saturday: 8.60 miles: First a 6(.03) mile run during the early afternoon. Then, a 2.57 mile run around the neighborhood during the evening.

I had a chocolate frosted donut after a run every day except for Thursday. The run was during the workday, and by the time I returned home it was so long after the run I didn’t feel it was right to eat one. However, I did eat two on Saturday, one after each run.

This was fun, and it was also a good way for me to restore high volume to my training, as I had struggled to get in more than 30ish miles into my previous weeks due to various schedule factors and other concerns. Making a point to get all that running in helped me close the gap.

I’m glad I was able to do it. Would be nice to do it again next year!