Matt Fitzgerald’s written a lot of books, and a lot of them are good books. He’s one of this generation’s great minds when it comes to endurance training.

He is also one of the champions of 80/20 Endurance Training, the approach found by Dr. Stephen Seiler to be the most efficient mix of easy and hard training. In a nutshell, 80% of your training is done at easy intensity and 20% is done at harder intensity.

Fitzgerald’s aptly titled 2014 book 80/20 Running is an extended research guide on how he and everyone determined that 80/20 training was the optimal blend of easy and tough workouts.

And as you’d expect, the book includes a set of training plans broken out by difficulty for every major racing distance, from the 5K and 10K, to the Half Marathon and the full Marathon. I want take a look at the Marathon training plans.

As usual, I’m not writing this as a review of the book… though I will freely admit that I love the book and, however dated it might be, I highly recommend you read it if you’re a serious distance runner. Triathletes will get just as much from his more recent 80/20 Triathlon, which adapts the principles to training for the three-discipline endurance sport.

And I will offer this important caveat: Fitzgerald makes it clear that he believes you should take the listed workouts in his book combined with 80/20 principles and create your own training plans based on your needs. So to review this training plan is fundamentally undercut by the fact that they are merely written as templates or samples, something to follow if you just for some reason cannot or won’t make a training plan of your own.

However, given the plans do mirror many of Fitzgerald’s general principles regarding scheduling workout and training progression, I’ll go ahead and review the marathon training plan anyway.

Do note that the training plan, not to my knowledge available in the public domain, would either way require that you have the book 80/20 Running. The workouts are listed only by title, and the finer points are outlined elsewhere in the book. So, you need the book to follow the plan.

The Nuts and Bolts:

Photo by Pixabay on Pexels.com

Like many coaches, I don’t think it’s a good idea to fundamentally alter training plans.

By this I mean:

The Hanson Marathon Method is a plan that specifically asks you not to run any races during training. The schedule is fairly demanding and the Hansons’ writing on the plan specifically discourages any racing while training through one of their plans.

It’s one thing to realize before starting a training plan that you want to race during the training schedule. You can decide to pivot and follow a different plan that’s more permissive towards tune-up races.

But what if you dive into the Hanson plan and discover a few weeks in that you really want to run a race during training? Obviously it’s rarely ever a good idea to ditch a training plan for another in mid-stream. However, the Hanson plan basically forbids tune up races.

Presuming you really want to run another race during training and you don’t just want to jog it out… or the distance is shorter/longer than the planned long run for that week, and you want to remain committed to the Hanson plan, is there anything you can do to adjust the plan and stay on track?

Yes, there is. Here is what you need to do:

END_OF_DOCUMENT_TOKEN_TO_BE_REPLACED

Are you sure you want to run a marathon? Let’s talk about the Beginner and the Marathon.

Photo by RUN 4 FFWPU on Pexels.com

A lot of new and novice runners get hooked with the desire to run a marathon. While admirable, a marathon is not a 5K, 10K or half marathon, and unlike those races this is probably biting off a lot more than one really wants to chew.

As an experienced runner, I didn’t dare attempt a marathon until I had been running seriously for a few years, and had already completed many races ranging in distance from the 5K to the Half Marathon.

For me, the marathon was far and away a much bigger physical challenge than even the half marathon. This is no surprise to most experienced runners, and even knowing that going in… the shock to my system was substantial and new.

To detail why the marathon is so much harder, let me go into some of the basic science behind how the body generates energy for running, how it impacts marathon training, and why it may present a beginner too steep a challenge training for a marathon:

END_OF_DOCUMENT_TOKEN_TO_BE_REPLACED 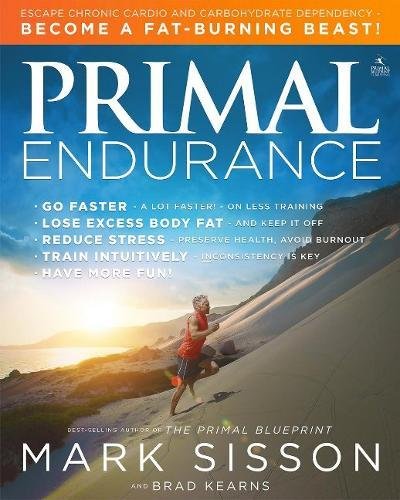 END_OF_DOCUMENT_TOKEN_TO_BE_REPLACED

While traveling last month I found a book by Budd Coates called Running On Air. The book details a new approach to rhythmic breathing during runs, the idea being that you learn the breathing technique in basic workouts, then train for races using it.

Again, I don’t do book reviews. But if you find yourself breathing hard on runs or otherwise struggling with your stamina, then this book is absolutely worth a look. It’s a somewhat easy read, easy to follow, and even if you don’t ultimately follow Coates’ approach to the letter your improved attention to your breathing patterns will in some way help your running. Consistent breathing helps your oxygen delivery, which allows you to run faster at easier intensities. Plus the book indicates that some natural breathing patterns can cause imbalances that lead to pain and injury; an improved breathing rhythm can help eliminate those imbalances.

However, that’s not why I’m writing this. The book of course has subsequent training plans from the 5K to the Marathon. And breathing principles aside, the book’s Marathon plan has some unique wrinkles that might make it worth a look.

END_OF_DOCUMENT_TOKEN_TO_BE_REPLACED END_OF_DOCUMENT_TOKEN_TO_BE_REPLACED

Want to do the Hanson Marathon Method Without Speedwork?

I’ve had some people inquire lately for info on trying to run the Hansons Marathon Method without speed or tempo work (which I’ll refer to hereafter as just speedwork).

First of all, the Hansons did write a plan into the 2nd edition of their book which they called Just Finish. It’s a beginner’s version of their plan, without speedwork.

However, there’s a substantial issue with that plan: It’s clearly just a lightweight version of the other plans. There doesn’t appear to be any real adjustment for the loss of speedwork. The total volume of the plan is far too short on mileage volume to adequately prepare a runner for the marathon. The average mileage is about 30-40 miles, which wouldn’t be so bad except there’s no speedwork to make up for that shortfall.

The less speedwork you do in a training plan, the more important regular and long aerobic runs, plus a large training volume, becomes. The effectiveness of the medium aerobic Hanson weekday runs and 16 mile max long run is logistically contingent on you completing a speedwork session and extended tempo run during the week.

Still, people like the scheduling, run frequency, and the spread of the Hanson plan, though understandably prefer to avoid the lengthy, demanding speedwork and pace sessions.

Is there a way to follow some variation of the plan without speedwork, in more robust fashion than following the lightweight Just Finish plan, without totally undermining the plan?